The Role of LSD1/CoREST Complex During Hemogenic Reprogramming 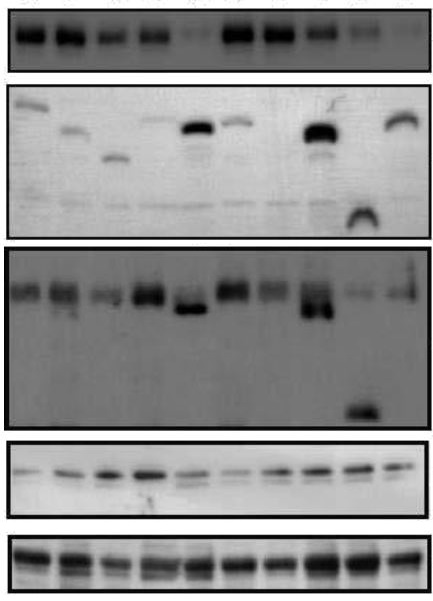 Hematopoietic stem cells (HSCs) are able of self-renewal and differentiation into all blood cell lineages. Due to this ability, hematopoietic stem cell transplantation (HSCT) constitutes treatment for a diversity of hematological disorders. Incompatibility between donor and host and the
insufficient number of HSCs obtained for transplantation have limited the success of this cellular therapy. To overcome these limitations, expansion of HSCs in vitro has been explored, but this process is a changeling process as HSCs quickly lose stem cell properties upon expansion. Direct reprogramming mediated by transcription factors (TFs) of somatic cells is opening new routes for regenerative medicine and personalized HSCT. Albeit at low efficiency, combined expression of Gata2, Gfi1b and cFos induces reprogramming of fibroblasts into HSC-like cells providing a novel
alternative to generate patient-specific HSCs. A better understanding of hemogenic reprogramming and the interactions between these three TFs with each other and with other players will provide valuable information to increase the efficiency of the process and to generate transplantable HSCs
that can be used in the clinic.
Here, I have defined Gata2 protein domains required to interact with Gfi1b, cFos and LSD1/CoREST1. Gata2 regulates the expression of the Kdm1a gene that encodes LSD1 and co- immunoprecipitations experiments revealed multiple domains required for the interaction of Gata2 with cFos, Gfi1b and LSD1/CoREST1. The nuclear localization sequence of Gata2 is essential for the interaction with Gfi1b but also with LSD1/CoREST1 in the nucleus. C-terminal zinc finger and the N- terminal zinc finger of Gata2 are important for the interaction with LSD1/CoREST1 and cFos, respectively. cFos also interacts with the C-transactivator domain of Gata2, highlighting multiple
regulatory pathways involved in the establishment of this “hemogenic complex”. Given this cooperation between TFs and LSD1/CoREST1 I hypothesize that this complex may be essential for the hemogenic reprogramming. LSD1 was pharmacological inhibited during hematopoietic
reprogramming into HSC-like cells. Inhibition with two structurally unrelated small molecules led to a drastic decrease of reprogramming efficiency implicating the catalytic function of LSD1/CoREST complex during the hemogenic reprogramming.
Overall, this study identified functional interactions between of Gata2, Gfi1b, cFos and LSD1/CoREST1 and the vital role of this epigenetic regulator during hematopoietic reprogramming and acquisition of the HSC fate. This study paves the way for the regulation of this hemogenic complex bringing high-efficiency hemogenic reprogramming one step closer to clinical translation.